SIA "Krasta City" has announced a public competition to design a vision on the development of the territory on the right bank of the Daugava River, between the Island bridge, Krasta Street and the Daugava (the historical Zvirgzdu island territory).  This competition will be the foundation for the development of the whole territory, starting with the first stage, which will ensure the installation of the infrastructure necessary for the project, construction of a 17-story office building, and improvements to the surrounding territory.
"Krasta City" will be an A-class multi-functional business complex publicly available for everyone on the right bank of the Daugava River. The development will particularly focus on accessible infrastructure, high quality surroundings and work environment. Buildings will provide an environmentally friendly and cost-efficient solutions for tenants in a unique location at the crossroads of the city's main roads simultaneously offering beautiful landscapes over the Daugava River.

"This area will be a new business card of Rīga, as well as an example of how real estate development can be a driving force for positive changes in the urban environment," says SIA "Krasta City" representative Martti Krass.  " The project will improve public transportation movement in the city, new pedestrian bridge is planned and bicycle infrastructure is expanded. Publicly accessible green zones with squares will be constructed, also access to the banks of the Daugava River will be provided for everyone to enjoy.  For convenient access to the business centre additional intersection will be constructed. The complex will provide an easy access to the airport, Rail Baltic, the country's main highways and the city centre. This is of critical importance to the business client segment."

The plan is to implement the project over the course of ten years, with several stages of development in total area of over 155 000 m2. 1st stage construction works are planned to start by the end of next year. Total project investments will exceed EUR 150 million. More information about the project can be found at www.krastacity.lv

"We are truly proud of the fact that this project will ensure that another area in Rīga will take on a new and modern face and liveliness," says Krass.  "To provide the best results, we will ensure involvement of various groups during the phases of the project. This design competition is not an exception. The decisions will be made on the basis of recommendations from experts in the field, and so we would like to invite every specialist to get acquainted with the regulations of competition and consider taking part in it”.

The design competition begins on May 15, 2020, and will continue until August 17.  Proposals will be evaluated by nine jury members who are professionals from various sectors, the local government and the developers. Criteria in the competition include the integrity of each offer in terms of the urban construction landscape, architectural quality, the functionality of buildings, aspects of sustainability and technical quality, social and economic utility, etc.

More information about the competition and its rules can be found at http://krastacity.metukonkurss.lv.

"Krasta City" is a multi-functional business complex that is to be implemented over the next decade.  It is unique project located next to City Centre, intersection of magistral roads and Daugava River.  The project is being developed by International investors represented by the "Hepsor" Real Estate development company.  Total planned investments amount is more than EUR 150 million. 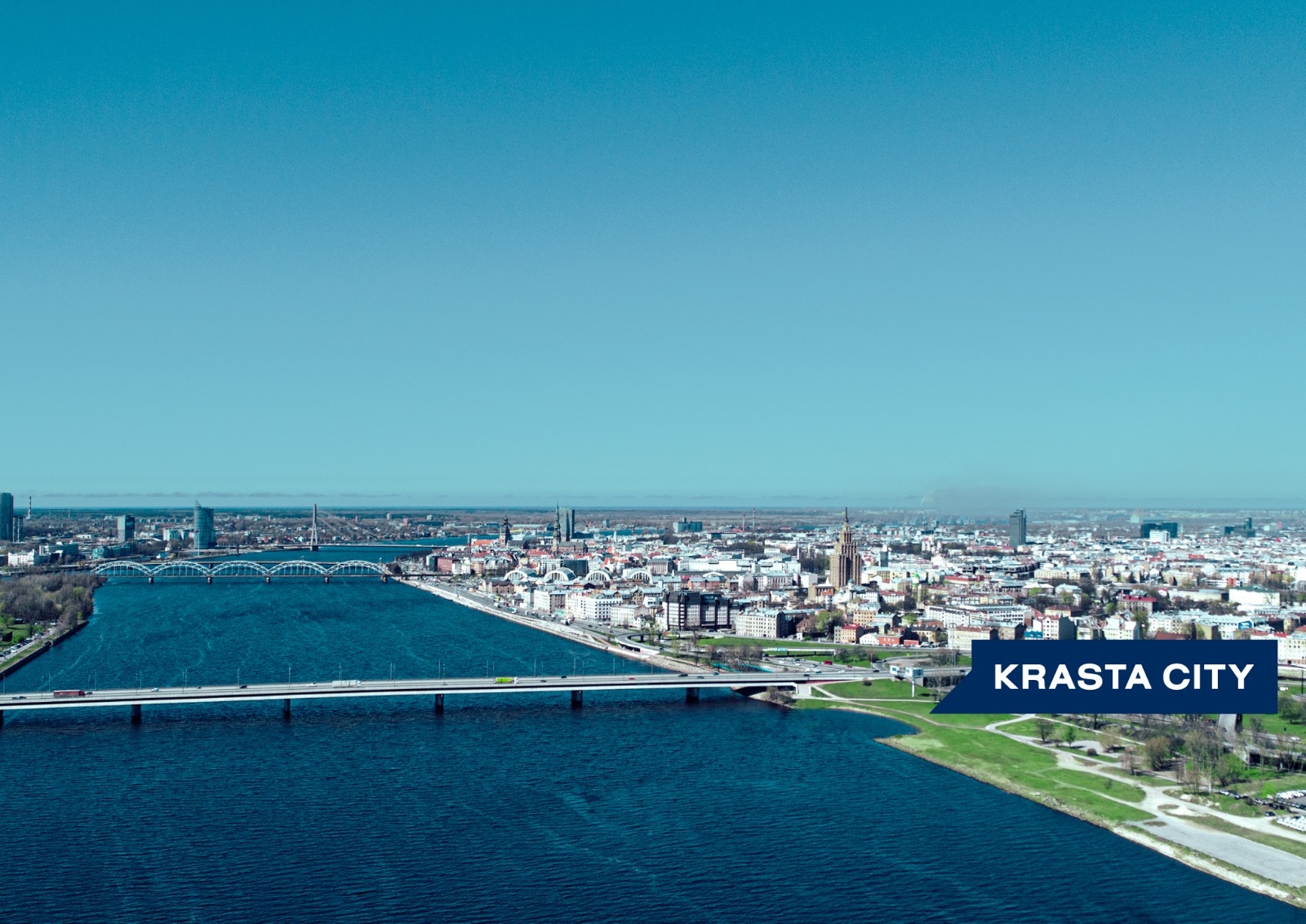